It always surprises me when I check this page and it has been a year...or more...since my last post. So many things have taken place since I last shared anything: 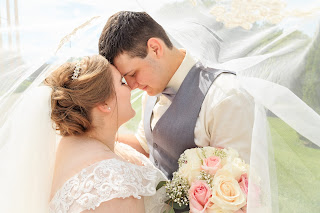 My son proposed to his girlfriend on December 24, 2016 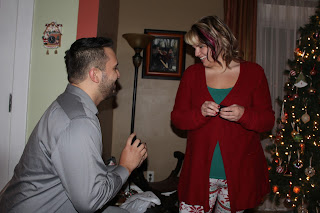 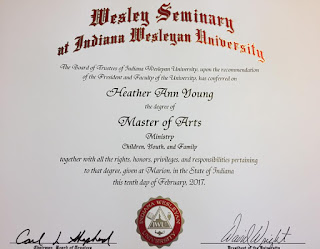 2016 held so many blessings for our family that my heart completely overflowed. Some years are like that, right? Years where our mountaintop experiences far outweigh our desert wanderings. Other years, it is reversed. It is too early in 2017 to know what this year will hold. Thus far, the blessings have continued to flow for our family; for myself. It would be normal to say that I hope the blessings continue to flow for the remainder of this year...or more. But, the truth is--I hope that God brings me whatever I need to further my relationship with Him. If it's blessings....so be it. If it is adversity or some desert wandering....so be it. Thy will be done, Lord. I thank You for all of it.

It Has Been A Year.

It has been over a year since my last post. And in that year.... 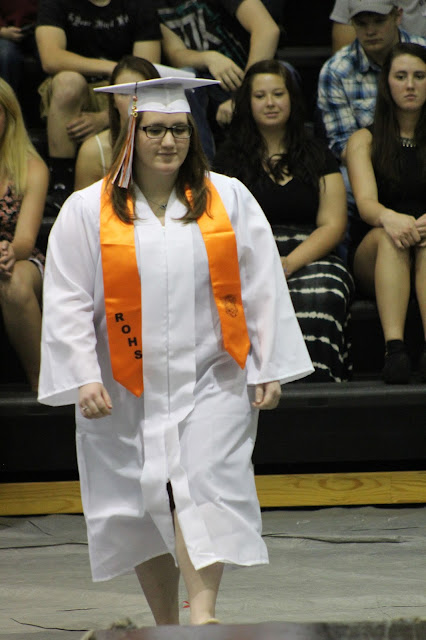 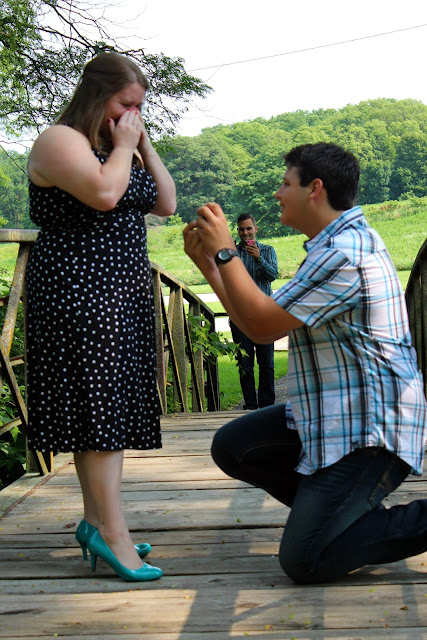 It has been quite a year. The Lord has blessed us in so many ways. Can't wait to see what is next! What I know for sure is, whatever comes....good or bad....one thing is constant:

No circumstance changes that.

Love Is An Open Door.

I often wake up with songs in my head and generally...they are worship songs. I love it. I love when my soul wakes up singing praises to the Lord. What a way to start the day. Today, however, I woke up singing a song from Frozen...Love is an open door, with you (with you), with me (with me). What?! While I love this movie and all of the songs....it is just so random. And, it's 3am!

I am up early to take my friends to the airport: 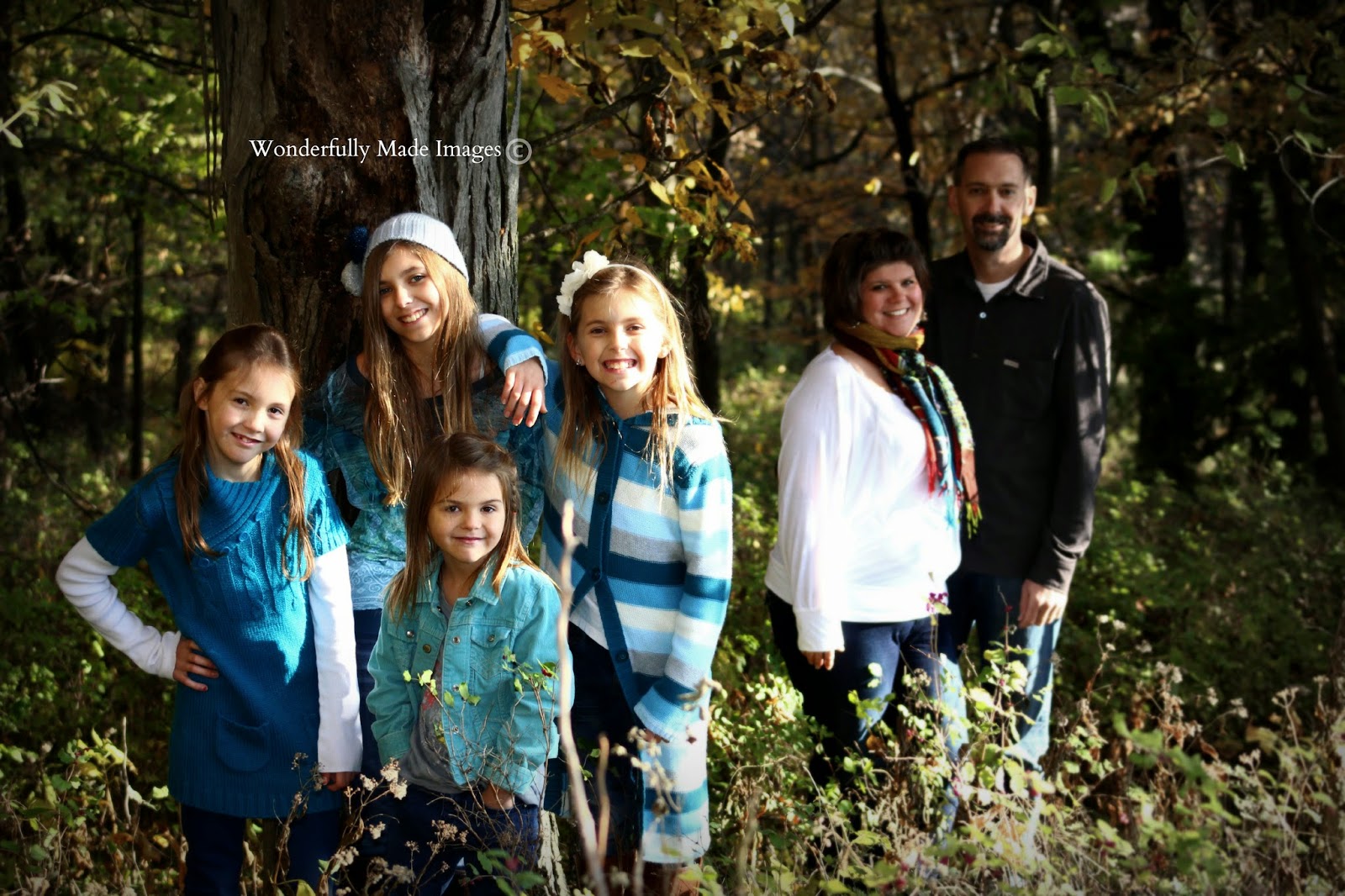 I am introverted by nature and when I met the sweet woman in this picture 8 years ago...there was a giant wall around my heart. I was very broken--especially when it came to relationships with other women. I was used to having only one close friend and keeping everyone else at a very safe distance. I did not open up and share easily....OK, not at all really....and, I remained guarded. She, however, was the polar opposite! She loves people...especially women. And, frankly...that made me want to run from her. But, I didn't. I think mostly because she lives next door and well....she wouldn't let me. And, despite my flaws....she just kept loving me. It took several years, but finally we really connected. I began to open up to her in ways I had never opened up to anyone. I stopped just giving her details about my life and began to share my feelings with her. This was new for me. I trusted her and we built a bond that is unlike any I have had before; a bond of mutual trust, respect, edification, and love. A bond that challenges us both to be better than we were when we met. A bond that continues to grow not in spite of our changes, but because of them.

As I sat on my bed praying for this family, my family, I began to pray for my own heart as well. As I prepare to let them go, I can feel a familiar desire creeping in. A desire to hole up in my house and push people away. Even her. Especially her. It would be so much easier to just build that wall up and lock her out now. I mean really....who wants to see me running down the street chasing the moving truck?! Well, scratch that. A lot of people, I'm sure. The point is...it would just be easier to shut them out now. But, as I prayed about my heart and wanting to build up a wall....these words continued to go through my head....

This silly song that has been running through my head this morning is a gift; a reminder from God...love is an open door. I cannot put up a wall or close a door on this woman because I love her...immensely. Love thaws. Love melts. Love is an open door. Oh, Lord. You even use Frozen!

So, I will continue to love her through this transition...knowing and trusting that God is going to use this to strengthen us both--together and separately. And, I will pray that nobody is filming as I run down the street chasing their moving truck crying like a baby.

So, I dedicate this song to her. A song written to be a love song between Anna and Hans...but describes the friendship and love between my sister and me.

You Call Me Out Upon The Waters... 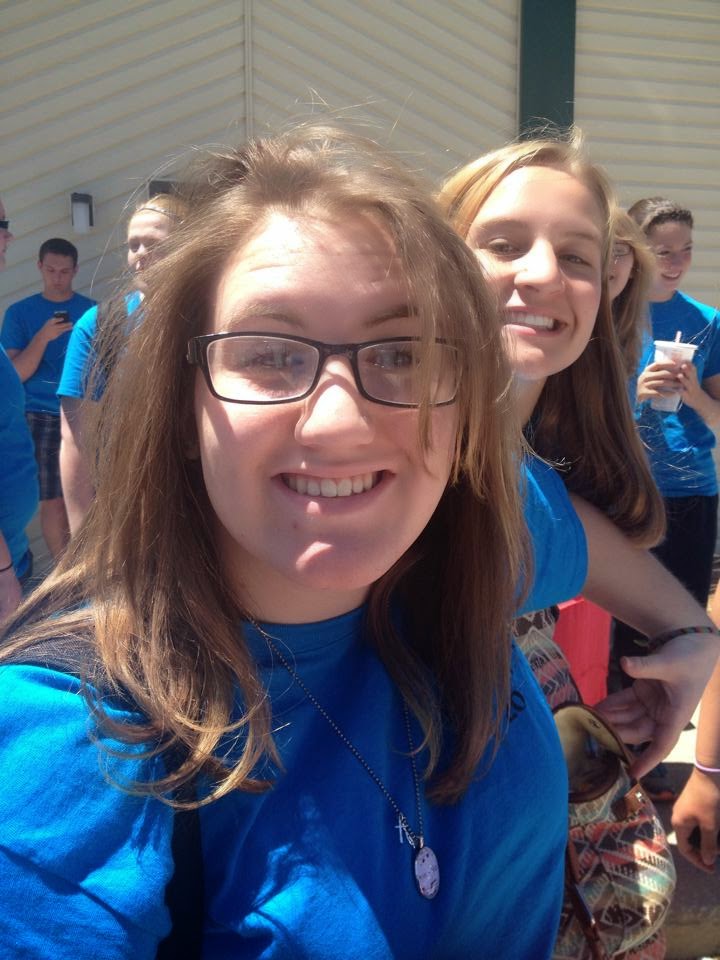 This mama's heart was nervous. As my previous posts can attest...I have had to let go a lot lately. But, this was different. This was out of the country. This was not in the 'Art of Letting Go' booklet I had been perusing.

They had been planning it for about a year. Fundraising. Planning. Talking. Shots. Bible Study. Passport. Yet, somehow it had not quite sunk in that they were leaving the country. Until the Sunday before they left...when our church gathered and prayed for them. 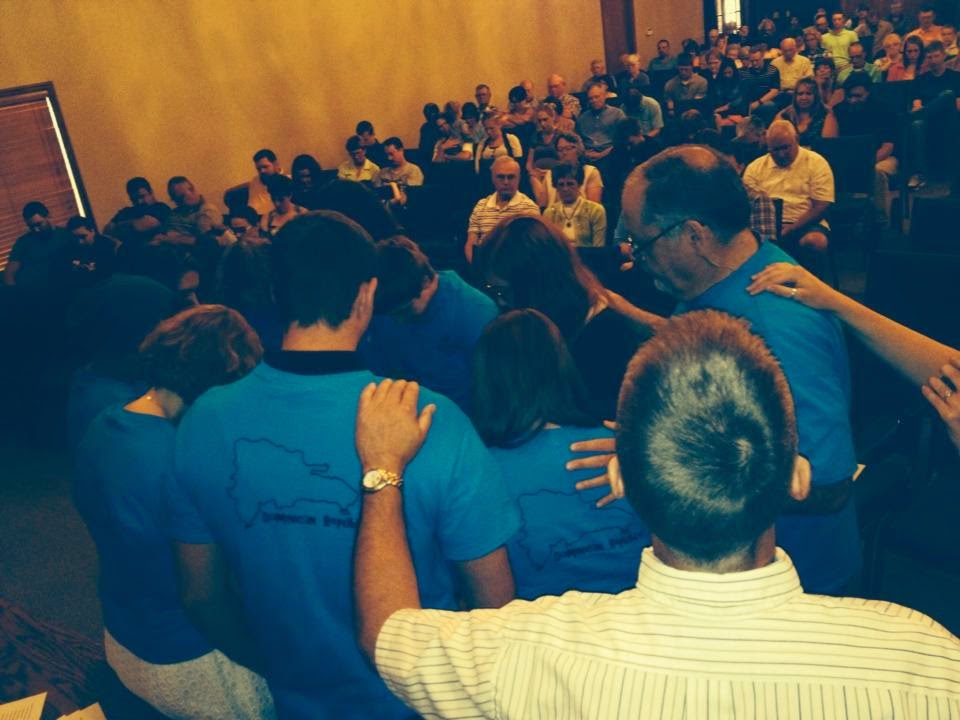 Suddenly, it became very real to me and panic began to set in.

Here's the thing...I trust God. I am all about being open to wherever God leads. But, throughout the entire planning process I had an uneasy feeling. I didn't want her to go. At first, I thought it was about the money. I didn't think we could raise enough money for her to go. But, every time I decided that she just wouldn't be able to go...I would pray and God would show up in amazing ways. At one point, after praying and telling God I didn't think she would be able to go and that if He wanted her to go He was going to have to just bring the money....a woman from church approached me and said "I want her to be able to go on this trip--I'm willing to put in however much she is short to make it happen." Then, she wrote me a substantial check to get her started. This happened just a few hours after my prayer. WHAT?!?! OK, Lord.

So, it wasn't the money. It must have been her leaving the country. But, after the group departed I realized it may not be about that either. 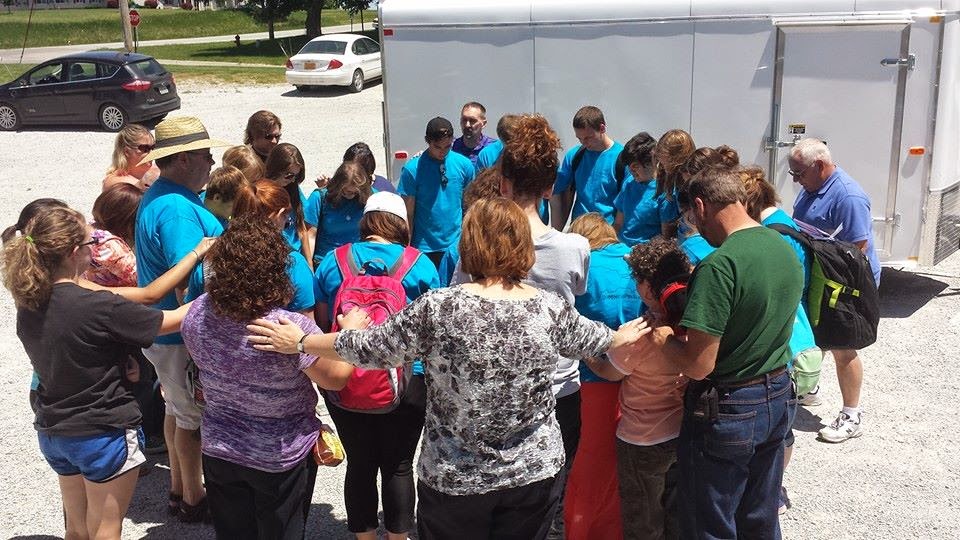 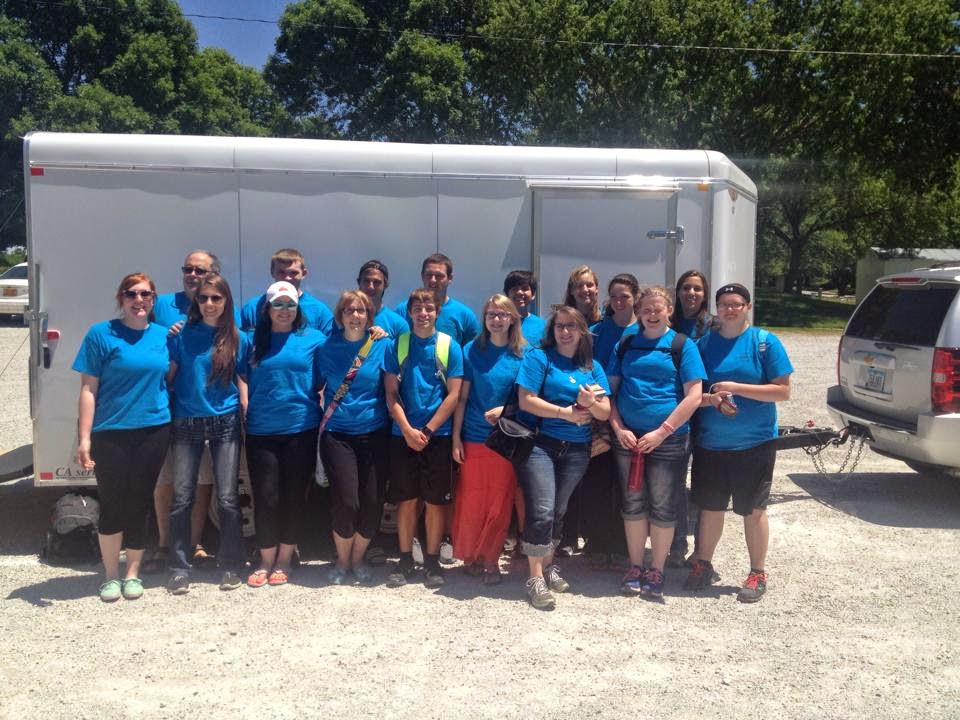 As soon as they departed...I had peace. And, throughout the week she was gone...I had peace. What I came to realize was that the fear and the anxiety I had been feeling was the work of the enemy...and, the knowing that I may never really get my girl back.

God made it clear that this girl was supposed to go. As a matter of fact, God made it clear this entire team was supposed to go. I knew that. So did Satan. The doubt and fear creeping in was no accident and if I had not prayed to God and allowed Him to reveal His desire to me--if I had chosen to just tell her she couldn't go--I would have interfered in His plan for her and this team. I am so thankful that my spiritual gift is faith and I exercise it often. 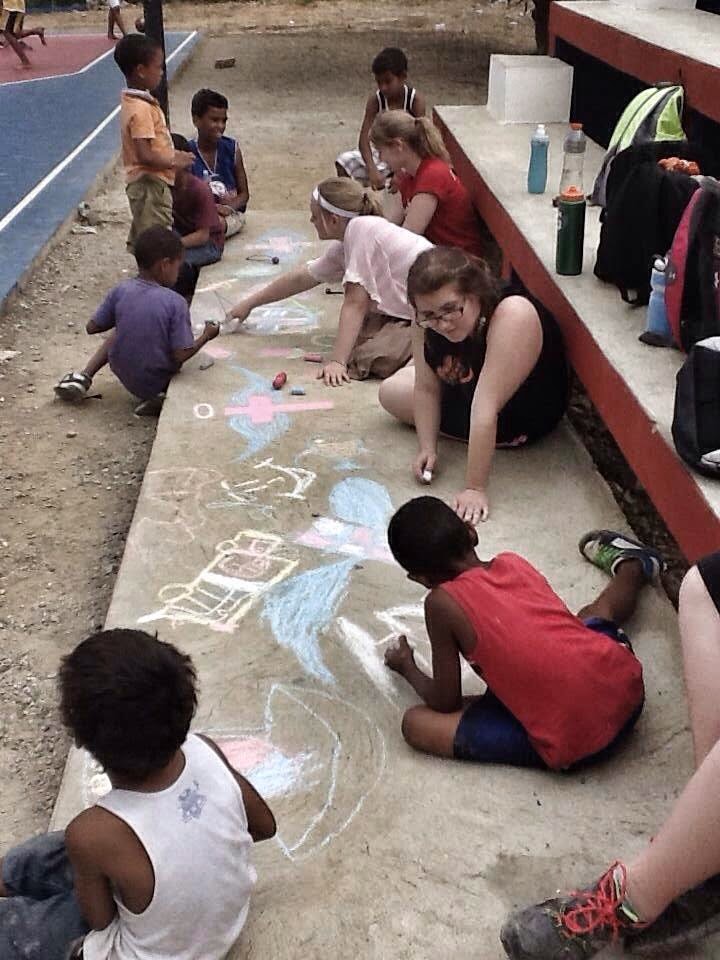 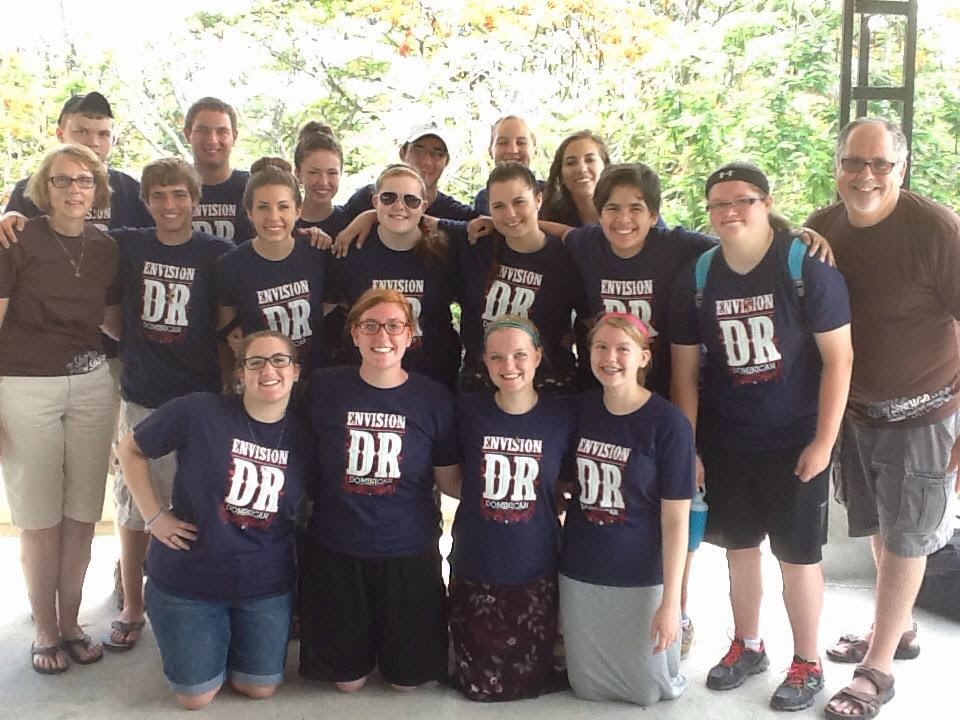 This girl came back changed. 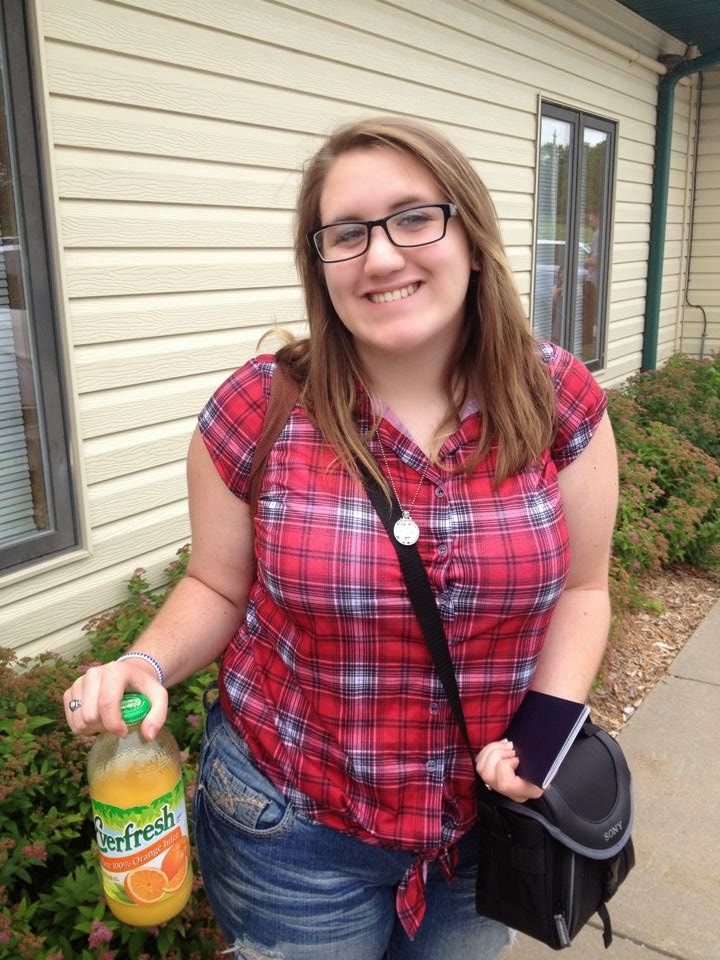 I just spent the last couple of hours sitting on the porch listening to my girl share her journal and her heart for the people of the Dominican Republic...and all over the world. Here are some of her words....

"It's just so different. I love it....it was an indescribable feeling. I feel scared of my passion, though!...I love being here! I want to stay so badly. I want to submerse myself in their culture. There is so much more to learn and so little time to do so. I want to travel so much. I want to learn about every single culture in the world. I want to love them and see how they worship God. I want to help them and care for them. This trip has been so comfortable. And, yet, I have been so out of my comfort zone...and yet, still comfortable."

I have always known this girls heart was special. She is quick to forgive. Never holds a grudge. Loves unconditionally. Stands up for the underdog. Seeks out the loners. Puts others before herself. Loves like Jesus.

I think deep in my heart I knew that when she went--she would want to go back. And, she does. She wants to intern with Envision next year for several months. And, this may only be the beginning. I believe God is calling this girl to the mission field. Maybe overseas. Maybe here. But, He is calling. He has been preparing her. And, He has been preparing me.

Lord, I pray you would take this girl wherever you need/want her to go. I pray the fear of her passion would subside and that she would lean into You and let You lead. And, if you could help me to let go...again...that would be great :)

Oceans-Hillsong United
Posted by Heather at 1:39 PM No comments:

This has been a year of letting go. 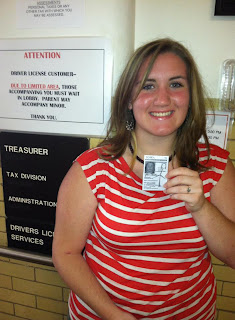 My 'baby' got her drivers license. 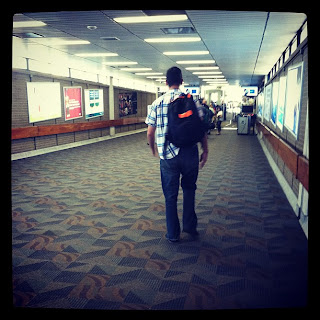 My sweet boy moved out. Not just out, but out to California. 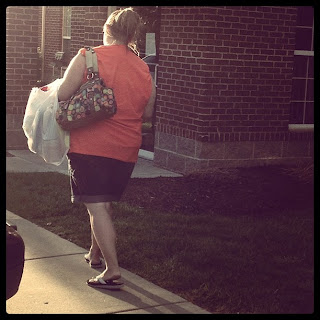 My little girl left the nest and moved an hour away.

Yes, this has been a year of letting go and it has been bittersweet to say the least. There is an internal kicking and screaming that is nearly constant while I continue to experience His peace that surpasses all understanding. It is an incredible paradox that only a parent understands--if it is possible to understand at all.

The art of letting go. It is a never ending chapter in the book of our lives. Some pages are harder to read than others, but they are all necessary to get to the final chapter....the happily ever after.

Thank You, Lord...for my children. For allowing me to be their mom and for walking alongside us as we navigate this new season in our lives. I love You.
Posted by Heather at 11:50 AM No comments:

You know the ones.


"When black and white have turned to gray. Thoughts invade..."

If you would have asked me about cakes 3 years ago--I would have told you that I loved them and Hyvee had one of the best cakes around. 3 years later--Heather and I are making them. WHAT?! I am amazed at how God works. Baking has never been my thing, but He used the spark of creativity in my 'bestie' to ignite a flame in both of us. And, this is the result.....pure yummy-ness! 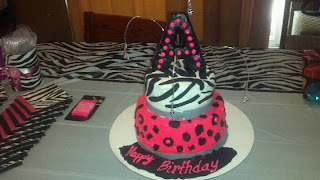 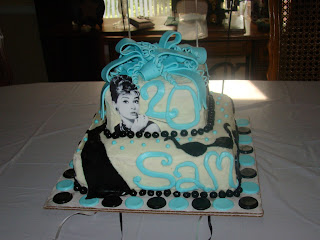 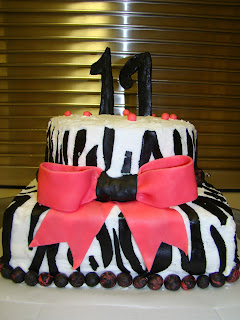 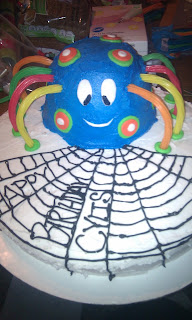 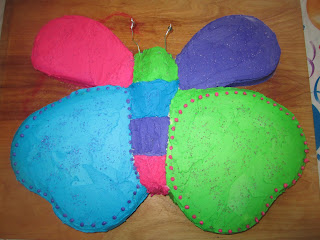 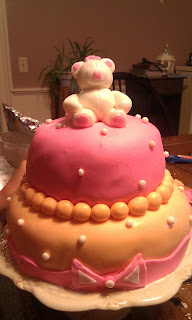 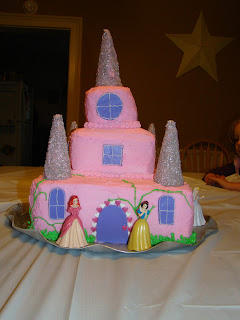 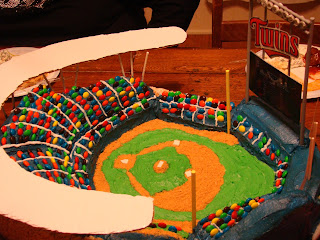 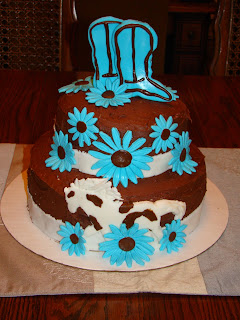 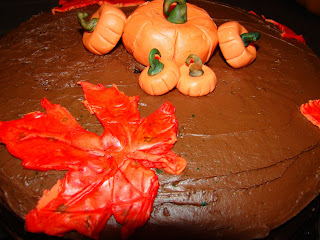 "Delight yourself in the Lord and he will give you the desires of your heart."-Psalm 37:4
Posted by Heather at 11:06 AM 2 comments:

In Case Your Wondering....

Heather
Love Jesus. Love my family. Hate Brussel Sprouts. Passionate about #stumin/#youthmin/#kidmin--sharing Jesus with the next generation. I am totally blown away by God's grace and mercy and how intimate He is. My blogs are my personal journeys through motherhood and a full time call to ministry. These are my Ebenezer's...my stones of remembrance...my altar to the Lord...as He leads me through the wilderness.